Let’s take a closer look at the fourth quality of the new GRINCH (Noble) personality.

To many of us this quality may be a bit unfamiliar or unclear to say the least, and that’s ok. Nobility is not very common these days anymore. Any time someone brings up morality into a discussion many of us get skeptical, retract, become unwilling to engage with it. Often times when we are called by someone else [especially boss, parent, supervisor, coach, etc.] to rise to an occasion, step up our game, elevate our performance we take it as an assault on our self worth, identity and abilities. How come? What is it that is so uncomfortable about high standards, moral principles and ideals? How did we become so comfortable with mediocrity, averages, getting by, paying the bills and survival mode? Why wouldn’t you want to be your own best version, shoot for the stars, go after your dreams, empower others to do the same? Oh well… I’m not here to provide you the answers, it would take a book of its own to explore them. Rather take these questions as a wake up call. It’s time to invite nobility into your life and stand for something bigger than you currently are. Once again, I’m not here to tell you about what’s moral and what’s not, what you should do and shouldn’t, etc. I’m here to remind you that having moral principles, ideals of highest quality and standards is an assured path to greatness! 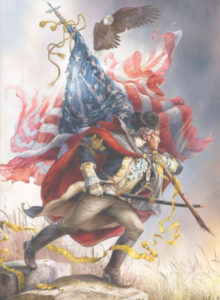 Think of all of the major achievements in history, events and breakthroughs that took real courage and lots of risk by those who were noble. Take for example the founding fathers of America that once stood up for our nation. They were noble people. They took actions with their lives and lives of their families being at risk. They stood up for a higher purpose. They faced likely prosecution by the mighty British Empire and stared death in the eyes, unshaken and unstoppable. Their sheer determination and willpower could not have been tamed, their burning desire to create a better future for their children and children of their children drove them to make choices that broke the chains of the British rule over America. How powerful was that?! How noble were those people?! Because of their stand for the greater good for all, we live in the most advanced, developed and free society in the world. It’s mind blowing to think that it’s because of those noble people we have the ultimate gift: freedom to be, freedom to live, freedom to act and freedom to be self expressed. People from all over the globe dream of coming to America every single day. I was one of such people as well and due to my determination, relentless pursuit of that dream and a stand for my future I am here today, sharing my thoughts and ideas with you, living in South Florida. If you told me 15 years ago that I’d be living in paradise like that, I’d probably call you a lunatic. Yet, I’m here today and I find it very ironic that the company that gave me a chance to make it and stay here in America was called Noble Financial. Coincidence? I don’t think so and will repeat myself: nobility is an assured path to greatness! It may not be the quickest path, but a real one. Imagine how your life would look if you took nobility for what it really is and lived your life accordingly.

It may not be easy to live a noble life, at least initially. You may even be a lonely warrior on such a journey for a while, but I’d rather be a noble warrior than an average worrier. I’d rather stand for high moral principles and ideals than live my life ruled and guided by mediocrity and brainwashed opinions of the masses. Look around you. Most people don’t even want to see you win because they are not winning. Most people would rather see you fail and be miserable, just so that their failures don’t stand out. At the end of the day, there’s a reason why they say “misery loves company”. Here is a real life example for you. There was a study/survey done where randomly selected people were given two hypothetical options to choose from: 1) for them to receive $60,000 and their friend to receive $100,000 OR 2) for them to receive $60,000 and their friend to receive $60,000 [the equal amount to them]. Guess what the majority of people chose? Surprisingly [or not], most people chose the option #2, because they didn’t want to see their friends win more than them. It didn’t cross their minds that their friends would likely share the $20,000 with them, taking both to $80,000 and $80,000. That’s exactly my point, most of the people around you don’t want you to win! 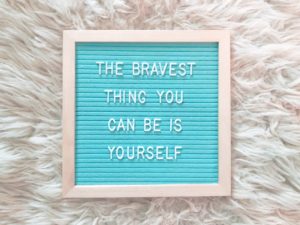 I therefore invite you to think about the noble principles that you maybe once stood for but gave up because you were discouraged by external influences, forces, people, and/or circumstances. If you never had nobility as your moral compass, I invite you to start now. And then continue to press forward, stay on track no matter what other people think and tell you about it. Remember, they don’t want you to win! Who cares about what they think. Let those dogs bark… If you truly stand for something bigger than yourself, don’t quit! Let your nobility power you through the walls of doubt, hesitation and uncertainty. If our founding fathers who were facing the penalty of death let the circumstances and those barking [British] dogs get in the way, none of us would likely be here… 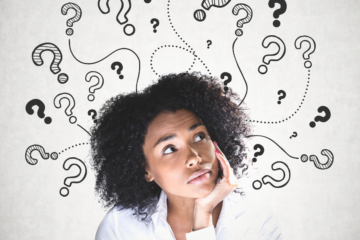 One of the biggest skills that I’ve acquired over time is the ability to say “I don’t know”. When a client doesn’t show up to a call or a meeting and I don’t know why, Read more… 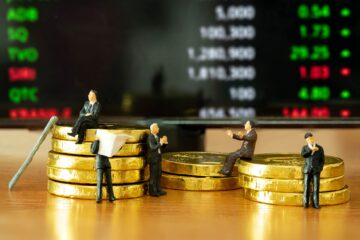 How to invest in the stock market and not lose your shirt.

Investing in the stock market has always been a lucrative way of generating income. Investing is at the core of the capital markets system around the world. It is a very complex subject in general, Read more… 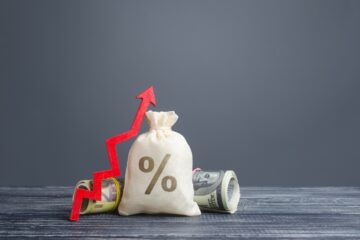 The first visual that comes to mind when someone says “Credit” for an average person is probably an image of a “credit card”. We are so used to credit cards in our everyday lives. They Read more…